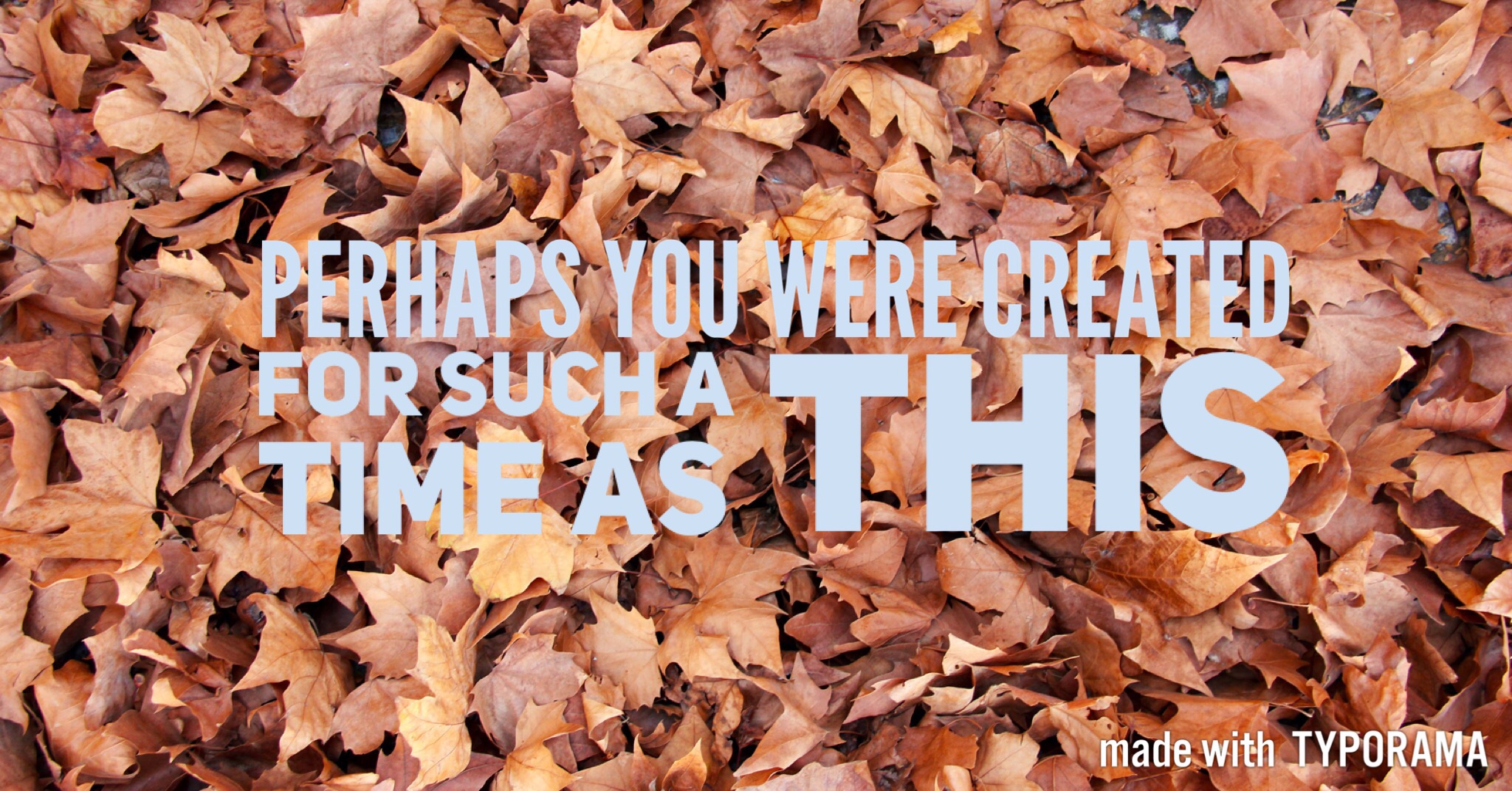 Don’t ever doubt that God is at work in your life. He is working in you and through you to accomplish a greater purpose. You may not see it, but He’s doing something bigger than you could imagine.

Who knows if perhaps you were made queen for just such a time as this? Esther 4:14

Esther was told that she may have become queen just so she could save their people from the plan to have all Jews killed. She didn’t just wind up in this position. Maybe God placed her there for the exact purpose of approaching the king to beg for the lives of the Jews because only she had the exact qualities needed to accomplish that task.

Three qualities Esther had that we can also use when facing a challenge: willingness, wisdom, and courage. First, she was willing. She didn’t immediately say no. So often we say no without even truly considering if it’s something God wants us to do. Also, Esther was wise. She asked her friends to pray, and she waited for God’s timing. During that time, God prepared the heart of the king, but He also prepared Esther’s heart. Finally, she had the courage to know that God was in control and would guide and protect her. She didn’t allow fear to discourage her.

What seems like an overwhelming situation or even an insignificant detail in our day or life, may actually be part of God’s plan and purpose.

We don’t always realize it at the time, but maybe where you are right now is because you were made “for such a time as this”.

2 thoughts on “For Such a Time as This”